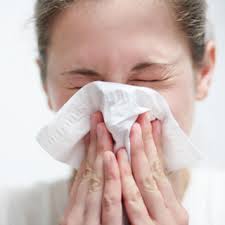 Unfortunately we’ve reached that dreaded time of year again – the season of colds and sniffles, and general strain on our immune system. During winter, the lack of humidity in the air combined with lower temperatures means the cold viruses survive better and are easily passed between people during the prolonged periods spent indoors.

On average we catch between two and four colds a year. However, children and the elderly are susceptible to more as they have compromised immune systems.

In winter our skin becomes drier and cracked, leaving us more vulnerable to infection entering our bodies. Add into the mix that we are now approaching Christmas, which is a stressful time for many, making us susceptible to winter bugs. And the inevitable indulgence in high fat, sugar rich foods depletes our immune system further.

There has been so much in the media about vitamin D recently, with Government guidelines recommending that we take a daily supplement of vitamin D, especially at this time of year. Vitamin D is the hormone that we produce in response to direct sunlight. It contributes to the immune system by helping to activate T-cells which fight infection within the body. Ideally we should have 10-15 minutes of direct sunlight on the skin from May to September to build up adequate stores to last us through the darker winter months. However, this isn’t always possible during the UK summers which is why supplementation is sometimes necessary. D3, is the most effective form of vitamin D for humans. Guidelines suggest we should be taking 1500iu of vitamin D daily, but those who are deficient or need an extra boost can take up to 5000iu safely.

Vitamin C is widely noted for its contribution to a healthy immune system. But just how does it work? Vitamin C protects the integrity of the cells, as well as supporting the production and function of white blood cells. It is also an antioxidant so it fights free radicals in the body and helps to protect from cellular damage. Although vitamin C is found in a wide variety of fruit and vegetables, it cannot be stored by the body so we need an intake of vitamin-C rich food daily. If this isn’t possible, supplementation is often a back up. Ideally we should be looking for a timed release formula which will help to maximise total absorption over a prolonged period.

Numerous species of bacteria grow together synergistically in the gut to support optimal healthy bacterial balance in the large intestine. We should be looking for a probiotic that contains clinically backed species such as Lactobacillus acidopillas and Bifidobacterium lactis.