We are growing – how did it happen???

The topic was something that I have been telling my clients for a while now – the idea that it is sugar rather than fat which is contributing to the obesity crisis.  Prof. Yudkin at the University of London was telling people via his book ‘Pure, White and Deadly’  in the 70’s, but he was dismissed at the hands of the Ancel Keys and the food industry who were blaming fat rather than sugar (see my earlier blog on myths about low fat

It would seem there were two main contributing factors to our current obesity problem, both began in 70’s.  The first was the introduction of ‘snacking’ which the food industry introduced with chocolate bars, selling us the idea of bridging the gap between meals.  Up until this point snacking between meals was uncommon, as most people worked shorter hours and eating their evening meal earlier. 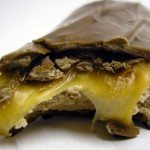 The other contributing fact was the surplus of corn in the USA leading to the manufacture of HFCS (high fructose corn syrup).  It is cheaper, sweeter and extends shelf life. HFCS began to be used in Coca Cola and other soft drinks in the States (in the UK, sugar was still used in Coke) and began making its way into many foods.  Walter C. Willett, M.D., author of “Eat, Drink, and Be Healthy” noted that the increase in the consumption of HFCS closely parallels the trajectory of obesity rates

Fructose is handled differently by your body than are other sugars.  Unlike glucose, fructose does not stimulate insulin secretion or enhance ‘leptin’ production – a hormone that tells us when we are full.  When leptin doesn’t work there is nothing to put the brakes on in terms of eating, all of which favour the storage of fat.

I can remember going to the States in the early 80’s where two very large men were sitting as a circus-type spectacle in Fisherman’s Wharf, San Francisco labeled – ‘THE WORLD’S FATTEST TWINS’.  I was shocked at the size of these poor fellows, but sadly today, similar sized people are not considered ‘freaks’ or indeed unusual.

The other convenience which took off in the 70’s was the freezer allowing prepared foods to be used as convenience, but these foods were much higher in sugar and salt.  And of course we began to use fast food outlets, with the worldwide rise of MacDonald’s.

As many of us have experienced, the problem with sugar is that the more you have, the more you want, as it sends high levels of pleasure signals to the brain, not dissimilar to the same circuits which feed addiction.  In these days of stress and depression, sugar is something that many people need, and crave.  We have to ask ourselves whether the food industry is knowingly using neuro-science to tap into the pleasure centres in our brains? We have leptin receptors on our taste buds, but when a person becomes leptin resistant, leptin receptors throughout the body, including those on the taste buds and in the brain, aren’t getting the message that food consumption should stop. This coupled with the bombardment of junk food advertising from the food industry means that it’s not just our taste buds struggling to resist but our mind as well.

What can be done?  I find when working with my clients, that reducing sugar to a minimum, including monitoring consumption of fruit, and limiting carbohydrates, and replacing it with nuts, live natural yoghurt, meat and fish, and vegetables and salads (not stinting on the good fats such as avocados and olive oil), their cravings for sugar diminish.  As weight is lost leptin receptors can levels increase and constant hunger is replaced by feelings of fullness.  I also hope to educate them to be more aware of food labels and the sub-conscious effect of advertising and the media.

A natural substance with potent leptin-lowering properties is omega-3 fatty acids. In cultures where fish is eaten daily, blood leptin levels are low. Therefore eating fish may alter the influence of leptin on body fat and help the body become more finely tuned to the signals leptin sends to the body. 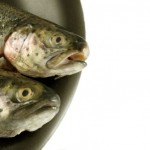