East of England tops new survey, which warns of the need for people to boost vegetable consumption and limit fruit intake 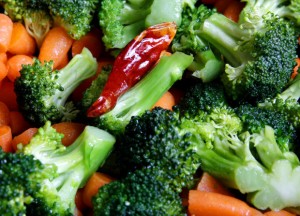 BANT chair Miguel Toribio-Mateas said the results of the survey are “extremely concerning”, as a healthy intake of vegetables should be closer to seven portions of vegetables a day, topped up with just a couple of pieces of fruit.

He added: “The message to eat more vegetables is a serious one. Research has shown a correlation between mortality rates and lower consumption of these types of foods.

“The consumption of vegetables is particularly important – they help our bodies to gain the nutrients we need to function. The idea that fruit and vegetables are interchangeable is no longer supported by current evidence, with vegetables being much more nutrient-dense than fruit, gram per gram.

“Long-term deficiencies in these nutrients can lead to all sorts of health problems. Fruit contains valuable nutrients, but it can be high in sugar, so we have to be careful how much fruit we eat – thus eight pieces of fruit and one vegetable portion a day would not be an ideal fruit/vegetable spread.”

The survey results also showed respondents in the North East and South West of the UK had the poorest intake of vegetables, with just 6 per cent consuming their five or more vegetables a day.

Toribio-Mateas said: “Healthy eating isn’t something we should be doing for a couple of weeks in January out of guilt to try to purge ourselves of the festive excess. We are encouraging people to try nutritional therapy to get themselves on the right track for 2014. Everyone is different and everyone has different health issues or needs.

“Some people just need a bit of inspiration to help change their diets for the better, others need help navigating their way around medications and serious health conditions, but some simple changes could have a very positive impact on so many lives. Changing the way you eat in the long term can prevent debilitating health conditions in the future and save lives, and there is help out there.”