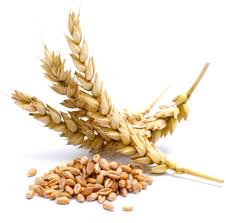 Gluten intolerance is becoming more widely known and with it a rise in gluten free products, but what is it? And how does it differ from Coeliac disease?

Gluten is a mixture of two proteins mainly found in wheat, but also in rye and barley (including beer), which makes dough elastic.  For some people gluten is hard to digest, causing inflammation in the gut.  Other people may have ‘leaky gut’ where the tight junctions in gut allow undigested proteins such as gluten into the blood stream causing problems such as anaemia, depression, headaches, bloating, constipation, joint pain, rashes and brain fog. If there is an overload of foods containing gluten it can over-challenge the immune system leading to auto-immune conditions or Coeliac disease.

Celiac disease is when antibodies are produced in large amounts in response to any gluten.  The action of the antibodies can destroy the inner lining of the digestive tract causing problem with food absorption leading to fatigue and diarrhoea and weight loss.

If you feel sluggish and generally unwell, it’s worth going without gluten for a week to see if you feel better.  In my experience people generally feel so good they don’t want to eat it.

Going ‘gluten free’ is easy.  Replace bread and toast with gluten free alternatives such as Tesco’s or Waitrose’s own.  You can get gluten free pasta, cakes and biscuits.  Gluten is often hidden in soups, sauces, sausages and gravies so check the labels as gluten has to be disclosed as there as plenty of ones without gluten.