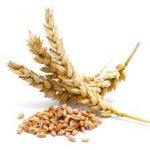 Gluten is a tough chewing gum like protein that is difficult for many people to digest. Although some people don’t feel poorly or uncomfortable when eating it, that doesn’t mean it isn’t causing them problems.

At one end of the scale is Coeliac disease – an allergy to gluten that can cause severe diarrhoea, extreme tiredness and poor absorption of nutrients. However not all people have all these symptoms. Coeliac is usually diagnosed via a blood test looking for antibodies against gluten proteins, but some blood tests come back clear despite having gut damage if investigated with an endoscopy. Those with coeliac disease have to be very careful to avoid even small amounts of gluten as this can trigger a fairly quick allergic response.

At the other end is Gluten intolerance – a difficulty digesting gluten. This can present itself as bloating, constipation or loose stools, stomach pain, colon pain, brain fog, joint pain, headaches, low energy…. However this is true for lots of other illnesses. The other problem with gluten intolerance is that unlike allergies which are quick to show, intolerances can have a delayed reaction.

Whilst there are tests that measure if you are producing antibodies to gluten even if you aren’t coeliac, the best way is to remove it for 10 days and then reintroduce it. If you have improved stools, clearer thinking, less bloating and more energy you may choose to go Gluten free. Unlike Coeliacs this doesn’t mean you have to scan every label for each trace of gluten, but you can switch to gluten free bread (I like Genius), gluten free pasta and gluten free cakes (although a lot of these are sugar high and not healthy).

If you’d like to know more about gluten or going gluten free I can help. Contact Sam on 07767260374 sam@whatseatingyou.co.uk