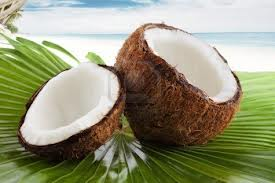 After Harvard professor Karin Michels’ presentation called “Coconut Oil and Other Nutritional Errors” went viral on YouTube last week, dozens of media outlets have taken up the mantle to decry coconut oil as “pure poison”.
The main argument against coconut oil is that, since it is rich in saturated fats (82% of its fat is saturated), it increases cardiovascular disease risk and should be avoided.
This not only ignores the very real biological differences between medium-chain and long-chain dietary saturated fats, but is also refuted by recent, well-designed, human studies that show quite conclusively that coconut oil does not increase cardiovascular disease risk.
Because of its unusually high saturated fat content, coconut oil has a high smoke point and coconut oil stays fresh without rancidifying for quite some time, as the saturated fat content is less likely to spoil.
You’ve probably heard about the benefits of medium-chain triglycerides (MCTs), before. The reason that they are touted as a miracle energy source is because they don’t require bile salts to be absorbed in the small intestine (being passively absorbed, they enter the bloodstream very quickly, and can even be easily digested by people without a gallbladder) and converted for energy by the liver.
MCTs also increase the secretion of IgA antibodies in the gut which is considered a marker of a robust immune system (secretory IgA deficiency is linked to increased autoimmune disease risk).
So, how easy is it to exceed our recommended saturated fat if we’re in love with coconut oil? Actually, pretty easy. A mere 3 tablespoons of coconut oil will get you to 15% of total calories from saturated fats, assuming a 2000 calorie a day diet. That would leave no room for other sources of saturated fats like dairy fat, meat and poultry. This is of course, assuming that all of the saturated fats in coconut oil are a problem.
However in a 2018 paper, healthy adults age 50 to 75 were randomly assigned to consume 50 grams daily of either extra virgin coconut oil, extra virgin olive oil or unsalted butter for 4 weeks (either by incorporating into their usual diet or consuming as a supplement). Coconut oil significantly raised HDL (good) cholesterol with no differences in LDL compared with olive oil. Coconut oil did also did not differ significantly from olive oil in terms of the total cholesterol to HDL or non-HDL ratio. And, coconut oil was far superior to butter for nearly all measurements.
All-in-all, the majority of scientific studies show the opposite of what you’d expect if you assume that all saturated fats have equal effects on cardiovascular disease risk factors. Coconut oil, especially high quality coconut oil, does not increase cardiovascular disease risk factors—if anything, it decreases them!